The History of Synthetic Fibres 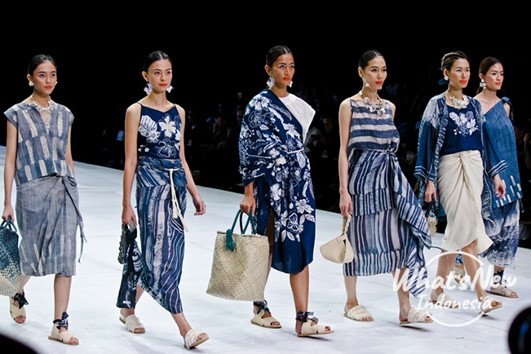 Synthetic fibres the development and production of synthetic fibres (obtained by synthesis of chemical compounds) are a rather recent achievement. The delay in developing these fibres is to be ascribed to an insufficient knowledge of the structure of natural polymers (such as cellulose, rubber, natural fibres), which were difficult to be studied from the chemical point of view because they were nor fusible, nor reactive and not even soluble: in short, they were completely different from usual chemical substances.

The basic studies carried out in the 1920’s by Staudinger, a German researcher, brought out the fact that natural polymers are formed by linear macromolecules, that is by long thread-like chains, reproducible through the reaction of suitable, relatively simple molecules. Even if the date of birth of synthetic fibres is traced back to the production in 1931 of a chlorovinyl fibre (PE-CE, Germany), the fact is that the first real synthetic fibre in industrial production which would have a heavy impact on the market was the polyamide fibre, launched by the company DuPont under the trade-name “nylon” (experimental production in 1938).

The fibre came to success when the researchers obtained a product (polymerised amide, from which the name polyamide) by condensation of molecules presenting two reactive aminic groups (hexamethylenediamine) with molecules characterised by two carboxylic reactive groups (adipic acid).

In order to be differentiated from other polymers belonging to same chemical class, this polymer was marked with the acronym 6.6 which indicates the number of carbon atoms (that is 6) in the two molecules forming the repetitive polymer unit.

In that same period (1939), as a result of researches carried out in Germany by Mr Schlack in 1938, starting from caprolactam, a single molecule of basic monomer, a new polyamide fibre was produced under the name “Perlon” (type 6).

In those years, starting from terephthalic acid and glycol ethylene, polyester fibre was invented (Whinfield and Dickson, Great Britain, 1941) along with acrylic fibre (German and American patents, 1942); owing to war vicissitudes, the industrial plants were however started up only in the early 50’s.

It is quite remarkable that in so few years all man-made fibres of primary importance for the textile sector (polyester, polyamide and acrylic fibres) were developed.

Only later on an Italian researcher, the Italian Nobel prize Giulio Natta, discovered the possibility of synthesizing polypropylene according to a principle of structural regularity (1954), thus laying the basis for the production of polypropylene fibre (1959).

This survey on man-made fibres was recently integrated by some fibres of considerable importance, introduced into the market by the company DuPont: the elastane fibre “Lycra” in 1959 and the aramidic fibre “Nomex” in 1962.

On the scenario of synthetic fibre production, Italy made its appearance in 1939 with the production of small quantities of nylon (company Montecatini).

The war blocked every development, but the production of polyamide fibres started up again in the post-war period, to reach 7,500 tons in 1956.

In 1955 the company Rhodiatoce started the production of polyester fibres under the name “Terital”; in 1959 the Edison group produced the acrylic fibre named “Leacril”, followed in 1961 by the industrial production of the polypropylene fibre named “Meraklon”.

The producers of man-made fibres renewed in the 60’s the great effort made by the producers of artificial fibres in the 30’s, bringing in the years 1960-1970 the share of the Italian production on world production to about 5%.

However, starting from the years 70’s -80’s, a slow decline took place owing to lack of rationalisation of the production plants, to insufficient research and development activity, to overproduction, to the oil crisis and also to production delocalization from old-industrialised countries (Europe, USA, Japan) to the newly-industrialized countries of the Far-East (China, Taiwan, South Korea).  (Source : ACIMIT)