The History of Artificial Cellulose Fibers 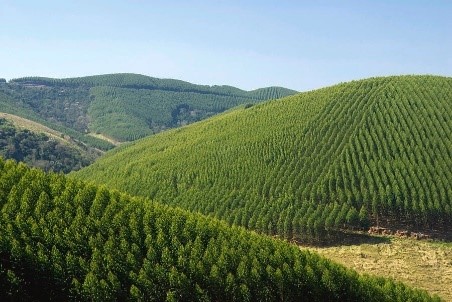 The first man-made fibres which were developed and produced used polymers of natural origin, more precisely of cellulose which is a raw material available in large quantities in the vegetable world.

The beginning of industrial production of man-made fibres goes back to the year 1890, when the French Count Hilaire de Chardonnet started up his plant for the production of “Chardonnet silk” (initial output: 50 kg per day), using the cellulose nitrate process.

As it happens in general in the case of technical-scientific developments, this achievement was the result of previous studies and researches (since approximately the year 1840) focused mainly on the chemical properties of cellulose.

In particular the researchers found the way to treat cellulose (a material insoluble in usual solvents and inflammable) with nitric acid (nitrification), to dissolve the derivative with solutions of alcohol-ether, to prepare suitable extrusion devices (spinnerets) and finally to regenerate cellulose through saponification in alkaline baths (denitrification) in order to eliminate the danger inherent in the nitro compound (inflammable and explosive).

Actually, the birth date of the “artificial silk” (such was the name given to this fibre at its introduction) is said to date back some years before (1884) when an Englishman, Mr Swan, produced small quantities of nitrocellulose which the researcher had in mind to user the development of incandescent bulbs.

More or less in the same period another way had been searched for to make cellulose capable of being spun, after being discovered that cellulose could be dissolved in a mixture of copper oxide and ammonia (Schweitzer’s reagent, 1857).

In fact, this principle had been the basis in Germany for the production initially of incandescent bulbs (1891), then of cuprammonium fibres (1897) via the so-called “cupro” process, which was improved with the draw-spinning process (1891) and resulted in the production of Bemberg cupro yarn in 1909.

The first industrial plants were built some years later in England and in Germany (early 1900), and contributed to the rapid decline and giving up of the Chardonnet process (which was left off in Germany in 1911).

One of the various chemical properties of cellulose which found particular interest was the possibility of esterificating with acetic acid the three hydroxylic groups contained in the glycosidic group of cellulose; the first product to be obtained was triacetate (1894) which, as it was later on discovered, could be partially hydrolized (1905) into a product which was easily soluble in acetone.

However only later on the most was made of the capacity of cellulose acetates to be transformed into fibres; the fibre which attained more relevance was cellulose diacetate (1919-1921), commonly named acetate, whereas triacetate (produced since 1914) found limited commercial interest owing to its difficult dissolution, restricted only to chloroform.

Cellulose fibres were produced with said processes in form of continuous filament yarns, as the primary objective of the researchers was the reproduction of the morphology and, at least partially, of the properties of raw silk (from which the term “artificial silk” originated).

In 1920 the fibre was made available also in form of staple fibre (“Vistra”, Germany) and as such attained in time relevant market importance.

Recent years saw the development of a process for the production of cellulose fibres using a solvent specifically studied for cellulose (N-methylmorpholine-N-oxide), which on one hand safeguarded to a greater extent the inherent properties of the original cellulose structure and on the other permitted the use of processes less polluting than traditional ones.

In this connection we cannot but emphasize the role played by the Italian industry within the sector of cellulose fibres.

The first factories sprang up at the beginning of last century thanks to the initiative of French chemical groups and in 1914 could supply 150 tons of rayon (this was the name given to the continuous filament fibre).

The first post-war period saw the successful coming on stage of the company SNIA which, through the concentration of various production units, became at the end of the 20’s one of the major world producers of viscose rayon and later on of viscose staple fibre.

The post-war period recorded a recovery of this industry, which reached its peak with 226,000 tons in 1964; from that date on, at first slowly and later at a quick pace, artificial fibres made room for synthetic fibres. As regards artificial fibres, it needs to be reminded that this group of fibres include also fibres which have as raw materials natural polymers other than cellulose, like fibres derived from proteins.

A considerable historical significance was attained in Italy by protein fibres derived from casein, which were produced initially by SNIA in 1936 (researcher: Ferretti) under the name Lanital, later on renamed into Merinova.

Protein fibres of animal origin (casein from milk) stopped to have commercial significance, whereas still to-day a certain interest is enjoyed, especially in the USA, by protein fibres of vegetable origin (maize, peanuts). (Source : ACIMIT)