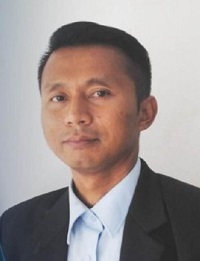 The performance of the national textile industry continues to lag behind competing countries due to misdirected trade policies in the last 10 years. The import relaxation policy in order to encourage exports, not only suppressed the trade balance but also suppressed investment which resulted in several companies going out of business and laying off their employees in 2018-2019. This condition irritated President Jokowi so that several times ordered imports only for products that were really needed. For this reason, the Ministry of Industry has set a target of 35% import substitution by 2023.

The backwardness of the textile industry can be seen from our export market share which fell from 1.66% to 1.57% in the last 10 years. There is no need to compare with China and India as world rulers in this sector, with Vietnam and Bangladesh as relatively new producers, our textile export performance is far behind.

Not only is the market share left behind, the dependence on imports of our textile industry is getting higher. Where the ratio of imports to exports in 2019 reached 73.9% even though in 2009 it was still 40.6%. Meanwhile, Vietnam's import-to-export ratio in 2009 was still 61.9% to only 42.5% in 2019. This illustrates that Vietnam encourages garment imports to strive to meet their domestic raw material needs, while Indonesia applies the opposite.

On the other hand, we need to pay attention to the steps taken by Turkey as a country that has a similar character to Indonesia (a large population and has an integrated textile industry from upstream to downstream). To restore the glory of its TPT industry, in the last 5 years Turkey has implemented trade remedies both Anti Dumping, Safeguard and Anti-Subsidies for its TPT products in layers. This has resulted in the domestic industry growing rapidly from upstream to downstream with the encouragement of investment growth instead of encouraging imports. Even if that wasn't enough, during the last pandemic, President Erdogan signed an increase in import duties of up to 35% for his textile products.

Changes in the direction of the National TPT Trade policy

The policy of relaxing imports of raw materials in the form of fabrics and threads on the grounds that for export needs is actually only the tricks of government officials who are lobbied by importers and traders. Because previously the government through the Ministry of Finance had provided facilities for easy raw materials for export through Bonded Zones (KB) and Ease of Import for Export Purposes (KITE). So, Bonded Logistics Center (PLB) and Bonded Warehouse (GB) are no longer needed as facilities for imported raw materials.

The reason for PLB to meet the raw material needs of Small and Medium Industries (IKM) is the reason for further tricks from pro-import policy supporters. Because long before imports were given relaxation, IKM got their raw materials from within the country. And in fact, PLB does not directly supply its raw materials to IKM but is sold in the retail market such as Tanah Abang, and IKM must buy it at the fabric retailer.

In short, there is a lot of evidence that shows the abuse and violations of customs procedures in PLB and GB. Until the end of October 2019, the Indonesian Minister of Finance, who previously avoided violations at PLB, finally imposed sanctions on several TPT companies including PLB logistics companies for violations of customs, taxation and trade trade system regulations.

A glimmer of hope for industry when the Minister of Industry sets a target of 35% import substitution by 2023. This vision is immediately supported by producers who have been experiencing floods of cheap imported goods on the domestic market. The thread and fabric safeguard policy that has been published and will then be followed by a garment and carpet safeguard as well as a revision of Permendag 77 2019 is being and will continue to be pursued.

Although this effort is not easy considering there are still some government officials who still want to maintain the status quo and merchant importers who are still lobbying. However, one thing that is held by textile producers is that President Jokowi and the Minister of Industry are committed to substituting imports in order to improve the performance of the national textile industry. Because this change in the direction of trade policy will immediately encourage investment growth, create new jobs and improve the textile trade balance going forward.